Icelandic outlaw is not really a term that comes to mind. Unlike the notion of those from the wild west, these criminals are found guilty of stealing sheep, robbing rope or having a baby outside marriage. Convicted felons were exiled into the unforgiving elements of the Highlands as punishment. After a long early morning drive from Akureyri, we arrived at Langjökull to go into the glacier where we not only got to discover the wonders of ice, but also learned interesting fun facts like that of the Icelandic outlaw. 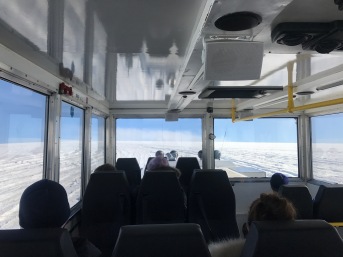 A chunky 4WD vehicle of industrial strength hauled us onto the rugged, white terrain of the Langjökull glacier that stands nearly 50km (31 miles) long. We trudged along the uneven icy surface in our borrowed crampons and followed our guide through the biggest man-made ice tunnel spanning 500 meters (1640ft). Soon, we were standing 25 meters (82 feet) below the surface of the glacier with 200 meters (over 650 feet) of solid ice below us. We noticed faint black lines within the glacial walls and our guide told us that was evidence of the 2010 volcanic eruption. Ash settled on the ice and got buried by the weather in the following years. Consequently, he corrected our assumption about black sand beaches found through Iceland. The stained black sand is not always the result of a volcanic eruption, but instead is actually black stuff being pushed out from glaciers. Something else we learned that I found hard to fathom is that there are apparently two volcanoes under the glacier. Researchers created the Into the Glacier tour to further understand glaciers and for me, I found it a very intriguing experience.

Inside the ice tunnel

There’s even a chapel under there! 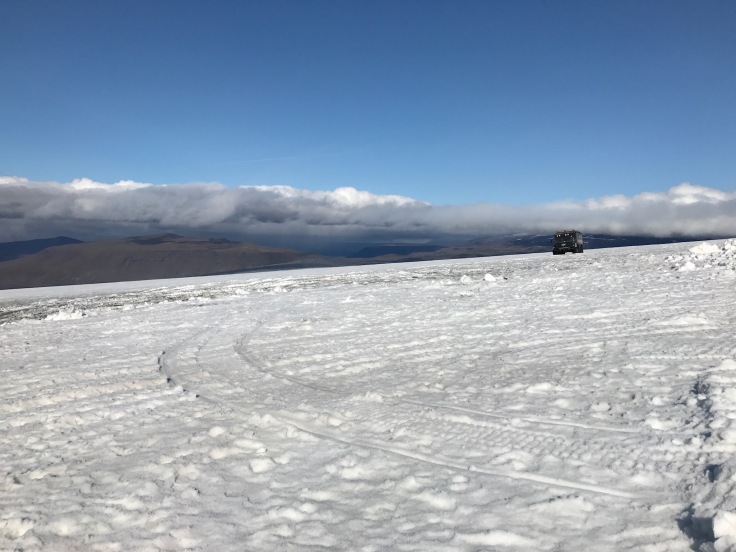 On our drive back to Reykjavik, we stumbled upon a small brewery tucked away in the countryside. Of course we had to pop in for a flight to sample the local flavors. And local flavors we got. We had just made ourselves comfortable at our wooden picnic table  inside the quaint Stedji Brewery beer barn adorned with animal horns when the bartender walked over with our next taste test.

“Do you want to try the ‘world’s craziest beer?’ ” As if he needed to ask! We all nod in agreeance. He pours three half glasses of some dark substance and proceeds to explain its contents. “This beer is locally brewed with whale testicles and smoked sheep dung.” I try my hardest not to make a face and wrap my head around what he just said. A beer made from whale balls and sheep poop?! Don’t be rude and not drink it. As the little man in “Green Eggs and Ham” always says, “Try it. You might like it!” Well, like it I did not, but at least I can scratch that off my bucket list.

We celebrated the finale to our Icelandic adventures with a Friday night out in Reykjavik. After a mouthwatering ling fish dinner at Apotek, we wandered into a piano bar around the corner. It is here, standing in the midst of a very crowded bar, where we noticed for the first time the dramatic size difference between us and the locals. For a 5’5” female, I am actually the tallest between myself, Kayla and Katie Green, and that’s not even something to boast. But in standing room only, both genders absolutely towered over us. We made friends late into the night where we found ourselves indulging in the after hours lobster hut circa 5am. It seemed logical at the time to deprive ourselves of substantial sleep since we would have time to kill on our flight home the next day. 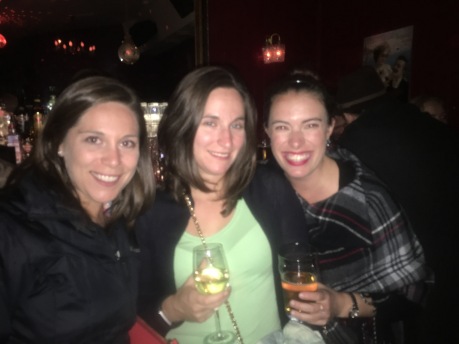 As we dragged ourselves through the high-tech Reykjavik airport on Saturday afternoon, I reflected on the incredible experiences of my past two weeks. While the signage and weather throughout the country could use some improving, I would not hesitate for a second to return. Next time, I look forward to spending longer in the Westfjords and southern part of the island. And now that I know Icelandic food is nothing to fear, maybe I’ll even budget my calories accordingly before my next trip because I am fairly convinced that fish doesn’t get fresher or more delicious anywhere else in the world! Iceland was my #1 bucket list destination, and with good reason.