How ironic that as an American living in Australia, I can now consider traveling around The States an “overseas adventure!” Welcome to the newest section of my blog: USA. For my 30th birthday, Anthony and I hopped on a 14.5 hour direct flight to LAX for a California road trip and of course, some party time in Las Vegas. As an avid Disney enthusiast, I feel it only appropriate to commence my USA Adventures with Walt’s greatest accomplishments.

Just like the East Coast/West Coast rivalry, the Disney World vs. Disneyland debate will never rest. Although most people have a personal favorite, it snot fair to claim one “better” than the other as they both possess their own magical differences. March 2018 Mom, Anthony and I visited Disneyland for the first time in years and while we thoroughly enjoyed ourselves, we were surprised to discover a few inconsistencies between the Disney parks.

Size
Anaheim lies only 30 minutes outside Los Angeles, leaving Disneyland severely landlocked. The sheer volume of hotels within a few mile radius of the Disneyland epicenter is absolutely overwhelming, especially considering there are only two actual Disney parks in California whereas Disney World encompasses four theme parks plus an additional two water parks. Fortunately for us East Coasters, Walt recognized the need for a more isolated and sprawling “world” and secretly bought an enormous amount of land in the middle of Florida. Everything feels strapped for space in Disneyland, including Sleeping Beauty’s castle.

Fast Passes
Considering the relative newness of Disney’s fast pass system, we were really surprised to learn that the two coasts do not sync. Disneyland, why won’t you let us reserve fast passes weeks ahead of our vacation like we can in Disney World? This was the first of a few privileges that made us feel like we weren’t in Kansas anymore.

When you stay on Disney property, guests can take advantage of magic hours, a luxury that invites patrons to visit the park outside public opening hours. Strangely enough, Disneyland only schedules this service 1 hour prior to opening. In Disney World, magic hours rotate between mornings and sometimes very late nights. As if Florida’s Magic Kingdom wasn’t exciting enough for me as a child, I use to love staying up past bedtime and making my parents ride Splash Mountain on repeat until 1 o’clock in the morning.

Security
We stayed at the Disneyland Grand Californian Resort, one of three Disneyland resorts. Since the resorts immediately surround Downtown Disney, everyone needs to go through security when leaving their accommodation, whether going to the parks or not. Since these checkpoints doubles as park security, no alcoholic beverages or selfie sticks are allowed past even if you only want to wander downtown.

Attractions
The difference in attractions is the biggest draw for me to Disneyland. Mr. Toad’s Wild Ride is hands down the best ride Disney produced. Yes, I make this statement purely based off of nostalgia, but Disney World did not need to replace his majesty with Winnie the Pooh. I thank goodness that Disneyland saved the Toad. I also appreciate their whimsical Alice in Wonderland ride around the corner where you hop into a 4-person caterpillar and fall down the rabbit hole. Other honorable mentions are the Cars attraction in California Adventure and the Indiana Jones classic. However, Disneyland (while still fun), please feel free to keep your faux Tower of Tower thing.

Don’t worry, I drive on the right side of the road! 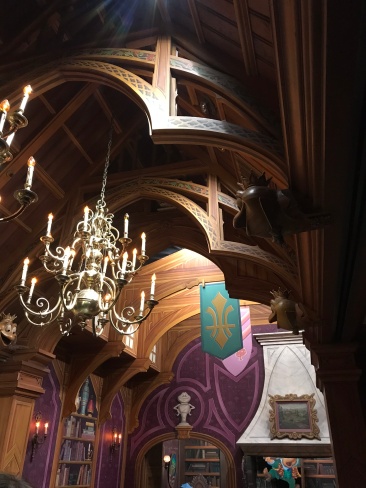 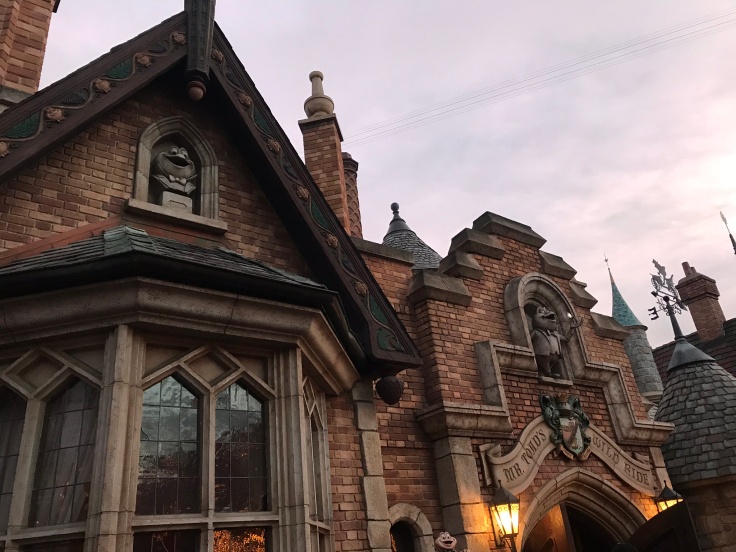 While I value the originality of Disneyland, Disney World will always have my heart. Not only because it’s a 2 hour non-stop flight from home-home in Virginia Beach, VA, but also because Saratoga Springs is literally the home base of my mom’s DVC (Disney Vacation Club) timeshare. I grew up to appreciate all aspects of the multiple Disney World parks as they shaped my fondest childhood memories. I look forward to visiting all international Disney parks and noticing their similarities and differences. I’m curious to hear your feedback. Which Disney park is your favorite?

1 thought on “Battle of the Disneys”