Mom and I woke to the majestic sight of Kirkjufell just outside our window. On our way back to Reykjavik, we detoured through the lava fields at Berserkjahraun and marveled at the vibrant green moss that blanketed rocky charred coals which appeared almost as if we were looking at Earth’s carpet. We also visited Helgafell on private property for one last lookout before departing the peninsula. 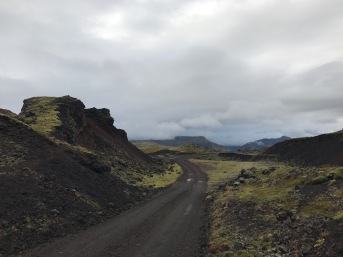 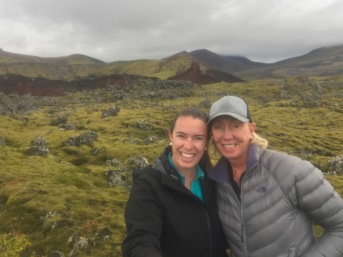 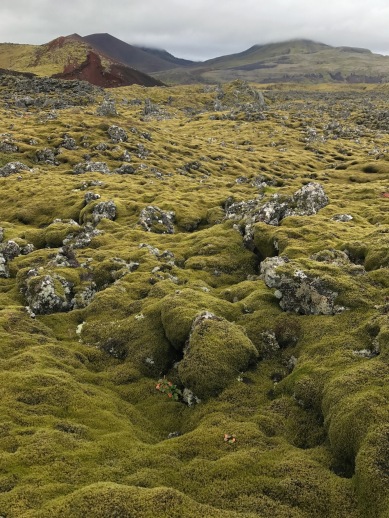 When National Geographic approached Iceland in 2011 in the hopes of gathering valuable research from inside a volcano, the tourism industry had no idea they were on the brink of establishing the world’s first and only tour offered to the public where you can physically enter the chamber of a volcano. The literal translation of the dormant Thrihnukagigur volcano translates to “three peaks” because (you guessed it!) there are three peaks that stand next to each other in a vast, open range. On our 3km (1.8 mile) hike to the site, it is here where I finally realized how there are next to zero trees in Iceland. Along the way, our guide taught us about the formation of lava tubes. When lava cools, it hardens on the outside but keeps flowing on the inside, therefore creating a hollowed shell. He informed us that this is why it’s so unsafe to wander off marked paths in lava fields because of unknown or fragile tubes that could crack and swallow you. (Ie: see today’s featured image.) 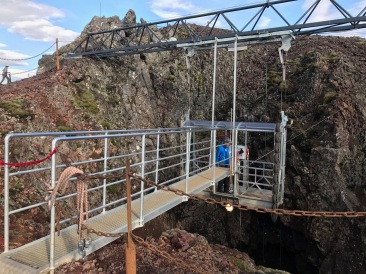 Lift to enter the volcano 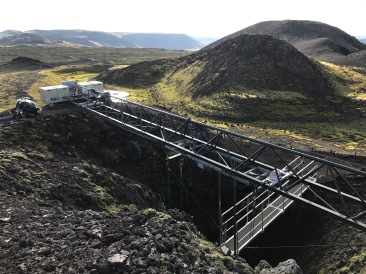 After warming up at base camp, we fought strong winds along the footpath that ascended the volcano. We then carefully boarded a 6 minute elevator ride that descended more than 700 feet into the chamber below. For a dark cavern that doesn’t see sunlight, the colors sent me into sensory overload. Vivid shades of blacks, reds and oranges told their story of how hot the lava was when it scorched the rocks during previous eruptions. The temperature significantly dropped with the chilling humidity once inside. Because of the porous nature of the rock, even with our day’s clear forecast, rain water still dripped throughout the cave. If Iceland hadn’t already inspired me to become a geologist in my next life, this tour definitely reaffirmed it. Usually after a volcano erupts, the structure collapses into a crater because the formation isn’t strong enough to survive Mother Nature’s force. That’s why visiting Thrihnukagigur is so special because it’s the only volcano in the world known to man with an exterior solid enough to visit. Check out this slideshow to see some of my favorite pictures!

Fun fact! Have you heard the theory that a volcanic eruption in Iceland helped spark the French Revolution? After some light investigation of my own, the cause and effect goes something like this: throughout 1783-84, one Iceland’s largest volcanoes, Laki, exploded marking history’s biggest eruption. The enormous amount of ash being ejected from the angry beast polluted and darkened European skies for years. Because of this, nobody could grow crops which caused widespread famine. My favorite tale that I found online states that when the commoners ran out of bread, their superiors told them to “eat cake” instead. Apparently that didn’t go over very well, hence the French Revolution of 1789. This isn’t the most recent event when a volcano in Iceland affected the rest of Europe. Do you remember in April 2010 when the Eyjafjallajökull eruptions ceased air traffic in western and northern parts of Europe for 6 days? For a country of modest size, you are quite mighty, Iceland!