No multiple lane interstates, no frequent gas station or Wendy’s pit stops, no major traffic jams. In The States, you can set your cruise control to 70 miles per hour without the anxiety of erratic wildlife abruptly jolting in front of you. 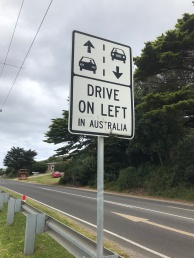 In Australia, signs advise drivers to power nap at regular rest areas on lonely two lane highways. You can fly from Melbourne to Adelaide in 50 minutes or drive directly in about 8 hours. We chose to do neither of those things. Instead, Anthony and I spent two days enjoying the scenic route along the coast.

About an hour and a half south of Melbourne lies the start to one of Australia’s most famous drives, the Great Ocean Road. This 243 km/151 mile drive showcases south eastern Victoria’s most pristine beaches. While feasible in a single 6 hour drive, many travelers spend a few days exploring the area. For my first experience of the Great Ocean Road however, I enjoyed making mental notes of places I would like to return and properly visit.

Anthony and I have passed numerous koala crossing road signs in our adventures around Victoria, but I had yet to spot one in the wild. As with most wildlife, their public appearances can be unpredictable and even with a keen eye, koalas blend in high in the eucalyptus trees. Not even a block away where we parked the car for a quick break at Kennet River, we found a koala resting in a shallow branch. Flocks of visitors gathered around to witness this adorable creature and it didn’t feel at all creepy that we found it so endearing just to watch him sleep. He didn’t do much; hugged the tree, stretched out while he yawned and had a brief scratch of his bum before he snuggled the tree limb and shut his eyes once more. For a critter I so badly felt the need to cuddle, it’s hard to believe how ferociously they can claw. 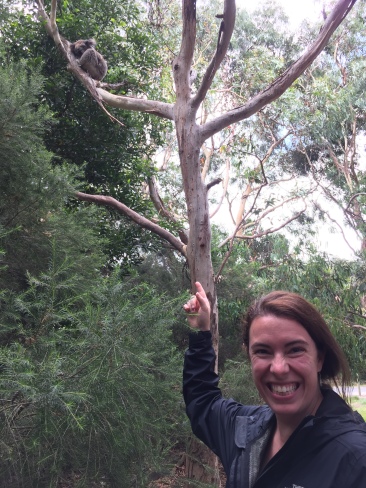 Eight of the original limestone stacks still stand today, yet the name remains the same: the Twelve Apostles, the most iconic stop along the Great Ocean Road. Due to wave erosion and Mother Nature’s changeable behaviors, the dramatic landscape here is a special place to witness. Unfortunately, the over crowding and dramatization of the Twelve Apostles on social media and tourism brochures made my visit feel anti-climactic as it looked and felt exactly as I expected it to. Circling around the parking lot for an empty spot, fighting the never ending bathroom queue and reading signs in multiple languages do not make for a memorable travel destination for me. Nevertheless, I do not want to belittle the incredible beauty here. It’s obviously very popular for a reason.

One police car with two officers blocked the empty two lane highway on our way from the Great Ocean Road. I couldn’t believe that at 7:30pm on a Tuesday, we would be driving through a random check point. Anthony quickly blew into the breathalyzer and we carried on our way. In Australia, the legal limit is 0.05 BAC and they take drunk driving very seriously. It’s fine by me, because we arrived at Portland for the night safe and sound. 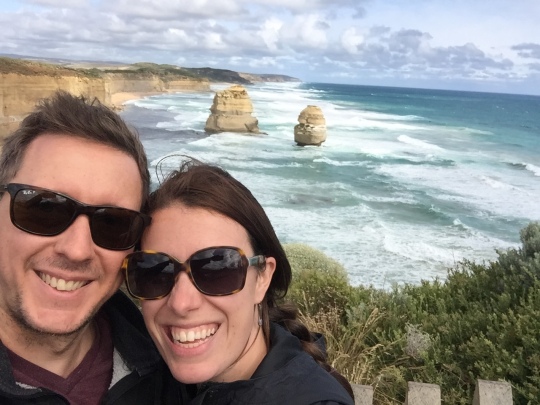 Next up: Part 2 of our road trip to Adelaide in “Expect the Unexpected”