What we saw of Nelson late at night and early the next morning seemed very nice. I’ll be back after New Year’s to check it out more. Emily and I cruised back down the coast and stopped in Westport to see the Fowlwind lighthouse and seal colony. We spotted a naked man on the beach and explored a seaside cave before reaching the Pancake Rocks. The formation of the Pancake Rocks along the coast is still a scientific mystery. The ocean water and winds are slowly disintegrating them, but they still look like big thin flat rocks stacked like pancakes. In my next innovative Kiwi life, I am going to open a pancake stand directly outside the attraction and name it something nifty.

It was the perfect day to drive along the ocean with the windows down and the music blasted. We arrived in Hokitika, a quaint beach town south of Greymouth, in late afternoon and took the drive to the Hokitika Gorge where we found a suspension bridge over turquoise glacier water. The sun was getting ready to set, so we made our ways to Sunset Point to watch the sun sink into the ocean. After dusk, we traipsed around the glowworm dell. We learned that glowworms are neither worms nor lightening bugs. They are actually the larva of a funky kind of bug. I just made that sound really gross, but they are pretty cool to see lit up in the bush like little twinkle specs. Glow little glowworm, twinkle twinkle! 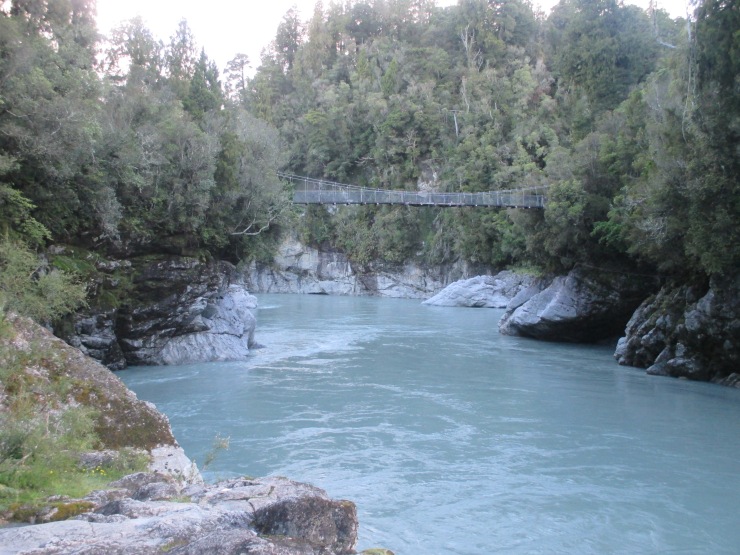